Back in Black - google vs iphone

Wow this is like walking back into a dusty old shop after a long vacation!!
Here’s one of the main excuses for my absence... 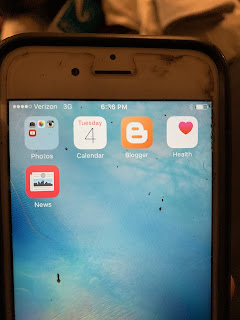 During the early iPhone era,
The blogger app made it so easy to write,
upload pictures and edit. 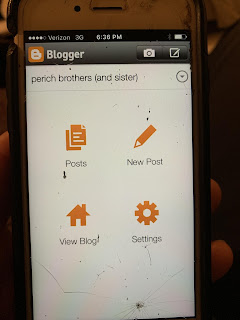 I could pre-write or pre-load pics to multiple articles,
write stuff while the ideas were fresh.
Some withered while others flourished. 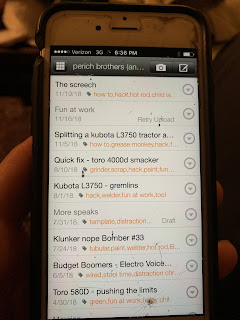 Then by chance there was an article about the IOS update not supporting the Blogger app,
or was it Blogger unwilling to conform to the new IOS platform?
The article concerned a huge elementary/middle school student logging  population
that would be forced to use the dreaded blogger y2k website.

I didn’t update my iPhone for over a year,
which resulted in Ebay and credit card apps being unusable also!
Boy how I suffered...

Then late last year the inevitable happened.
The iPhone 6 battery was frying out.
(I didn’t mention losing the 5C on the fender of the 40 one night...)
Verizon sharks upselled 2 XR’s to us,
and the dreaded moment happened...

I’ve kept the blogger click button just in case
they make a deal with apple again.
Why are they so hard-headed?
Just to sell more google based phones?
Fools...

Now I’m stuck with the old website,
the same one I used with the Mac mini and a mouse.
The iPhone XR screen seemed huge until writing this.
I am at reading glasses age now...

Well there’s another reason for my hiatus I’ll talk about later,
until then hopefully some of you are still out there!!
TP!

pigpen productions circa 2006
featuring Sloppy Sin, me & the pickups...

First drive of the old Red Dot II roadster.
Was a fluke that it ran, that's why no lights! At the last paso 2007 - fun show.

a perk of living near El Mirage.
First road trip with the old roadster.

Travis Perich
Just writing about what it takes to do what I'm doing.